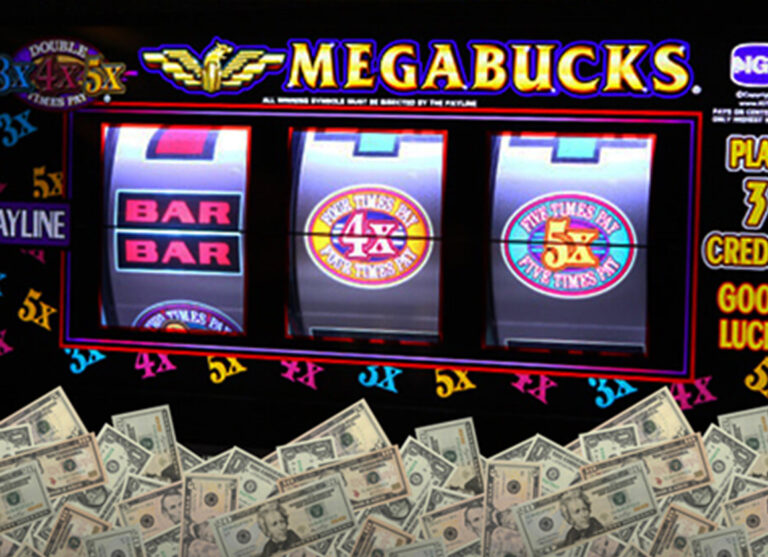 Slot machines have a reputation of simplicity like playing and accepting as low as a penny for bets. You don’t have to be an experienced gambler or possess any deific tricks and strategies to let the reels spin-off in a slot machine. It is possible to win millions with a single spin even in your first ever spin if it’s your lucky day. Slot machines have become more popular since the introduction of the progressive slot jackpot which meant an exponential increase in prize money in a single spin.

Every time a slot game is played, and nobody wins means an increase in the progressive jackpot prize. In this case, there has been an increase in the number of multimillionaires for both physical and online slot machines. Jackpot prizes skyrocket when several slot machines are placed together and the fewer the winner the fatter jackpot. Here is the biggest slot wins ever recorded.

What can you do with such an amount of money won overnight without working a day? That’s another day’s story but you can imagine all the good stuff this kind of money will buy. The $39 million jackpot still holds the top spot for a slot win in Las Vegas and the world’s history. The jackpot was won at the famous Las Vegas casino Excalibur Casino by a 25-year-old LA software engineer who chose to remain anonymous.

He only wagered $100 from his pocket and walked home with the fat bag. He made a wise decision on how he will receive his cash price which was to be paid in $1.5 million annual installments of 25 years. Most winners go for a lump sum option which means during the payment, a huge chunk of the prize money goes into taxes. One other fun part of this win is the fact that the winner wanted to just pass time to wait for a basketball match which turned out to be the luckiest day of his life.

Another Lucky winner in Las Vegas was Cynthia J Brennan found a fortune when she won the largest slot machine jackpot in history at the time. This was another Jackpot mishap because she did not enjoy her win aptly as a result of a tragic accident she was involved in months later.

The odds ran against her when she was involved in an accident in which she was knocked by a drunken driver which resulted in her sister’s demise and her remaining paralyzed. Fortunately, she was still lucky because she knew it could have been her end too in that situation. She had made plans to travel the world with her then-boyfriend turned husband when the tragic event happened.

As opined by Brennan “it’s great odds I won, it’s great odds I got in this accident and survived. I’m hoping the odds are that I’m going to get better and I’ll walk again.” Well as they say it is not easy being a millionaire as per Cynthia’s tragic case.

A Las Vegas Casino, the Palace had a lucky winner who bagged the biggest slot jackpot of that time. Sometimes life rewards nonchalant acts especially in this case where a lady had only plans to bet $100 in the slot machine and instead traded $300 which she said she thought was $100. If this is not mind-blowing imagine what went on her mind at the time the winner was announced.

The 67-year-old long-term Las Vegas resident hit the $27 million jackpot while she was waiting for a table at the Palace Resort. She also made a wise decision on how to receive her cash prize for 24 years with annual installments of $1.4 million. At her age, she was a retired flight attendant and had no idea what to do with all that money. She mentioned her life was fine before she hit the slot jackpot and was numb instead of being excited with the news.

With multiple progressive jackpots available on slot online, a former British soldier John Heywood found his name in the Guinness Book of World Records as the biggest online slot jackpot winner in 2018. It all happened after he had just returned from Afghanistan on duty and was working minimum wage jobs and spinning the slot machine one day which changed his life forever.

He had just signed up on Betway casino with an initial deposit of 25 pence and started spinning on the popular micro-gaming casino slot. Mega moolah stood out for Heywood because he mentions it as a progressive jackpot slot. At the press conference, Heywood mentions that he kept staring at his screen puzzling at the huge numbers on his casino account. He deserved the lucky win because a portion of his prize money went towards his father’s medical expenses.

Another big online slot mega fortune happened in the Scandinavian 40 year finish man who chose to remain anonymous after winning the sizeable amount playing Mega Fortune. This is the biggest online slot mega jackpot recorded in history. The winner only placed 25 cents which turned into the biggest fortune of his life. The 40 years opine that “I laughed and cried at the same time.

He simply logged into paf.com and played the game with only 25 cents on the mega fortune slot and landed on the jackpot. He also said it was too much money to grasp and his first thought was to help his relatives and buy himself a car. He had played on paf for two to three years and entered small stakes before he landed the big one. He also mentioned that he is finally going to hire a personal trainer. Paf had already established a good reputation as a good-luck company and may be the reason for this massive win. It has a history of big jackpot winners in Europe who are pooled together with companies randomly.