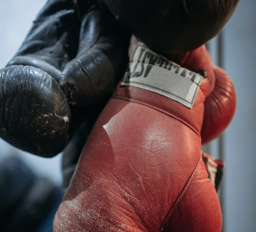 The legendary boxer Mike Tyson, also known as Iron Mike, is reportedly making a shocking return to boxing with his challengers already lined up. The Paul brothers, Logan Paul and Jake Paul have taken a bold step and challenged the undisputed heavyweight boxing champion, Mike Tyson.

Jake and Logan Paul rose to fame as a result of their YouTube channels. However, in recent years, they have made a hard turn towards boxing and have already taken on some of the best fighters in the world. These fighters are generations apart, and the boxing scene is a lot different than it was when Mike retired. So what’s in it for the sport of boxing?

The Paul brothers have brought with them millions in viewership. Even though they are not big boxing stars like Muhammad Ali, Floyd Mayweather, and Mike Tyson himself, their fans have followed them from social media to the ring. Tyson, who turns 56 in 2022, has showered praise on both brothers.

Talking to a media outlet, Mike Tyson explained how the Paul brothers are re-shaping the boxing industry. “These guys make boxing so awesome. The boxers, the real champions, they don’t have that many views.”

“They’ll be happy if they have a million views. These guys are 80 million views. I was like, ‘God damn, man. How do you do that?’ That’s why everybody wants to kill them, because they see this little white guy, blonde hair, blue eyes, ‘getting all the f**king money, talking all this s**t.

Everybody wants to kill them. I get envious when I see these guys, I’m like, ‘What the f**k are they doing? That’s why you want to kick his ass because you get envious of them, it’s easy to hate these guys.”

When asked about whether he would fight either of the brothers, Mike Tyson revealed, “My family loves Jake Paul. So f***ing easy (I would knock him out). Yeah, but I never would.” Mike states that he would never go against his own family, hence, putting his fight against Jake Paul to rest.

However, it is the other Paul (Logan) who is up for the challenge, and the exhibition match would bring as much hype and viewership as Mike Tyson vs. Jake Paul would’ve brought. Logan Paul has promised to take us all by surprise, mentioning that he could beat Mike Tyson if given a chance.

Speaking on a podcast, he said, “My lawyer mentioned it, and he was like, ‘No, Tyson will rip your head off, you don’t stand a chance.’ I’m like, ‘bro, I literally just went through all of this, you can’t tell me I can’t beat Mike Tyson.’ Bro, he’s old, old.”

When Is Mike Tyson Returning to Boxing?

In November 2020, Mike Tyson already had an exhibition fight against Roy Jones Jr., which ended in an unofficial draw. This time around, Mike has firmly acknowledged he will be returning to the ring next year in February. The most likely opponent is rumored to be no other than Logan Paul. Although a date has not been confirmed, it will be a million-dollar fight.