A Look at the Biggest Jackpot Winners in US History 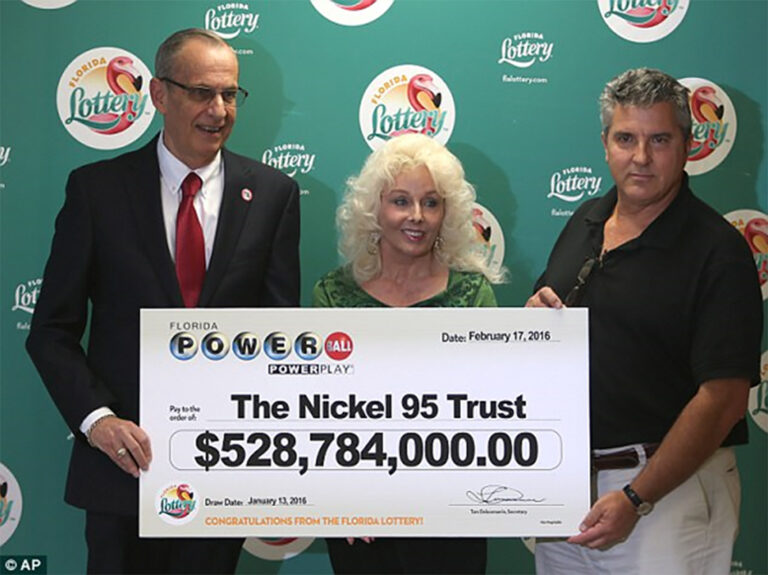 A lottery win can instantly change one’s life forever but the biggest jackpot win in the US are mind-blowing. Winning a Powerball jackpot or a mega million jackpot remains the most difficult odd to surpass. The most interesting aspect of the biggest lottery winners in the U.S is the fact that most wins have been shared among individuals.

It is quite worth noting some of the prizes are sometimes held for tax prospects while some become due in a year or more. Most winners prefer taking a smaller lump sum amount of the money rather than wait for the full some payable annually. It’s only these winners who can explain what goes in their minds after winning the biggest lottery amounts in the history of the U.S.

3 winners on January 13, 2016, were the winner of the $1.587 Billion Powerball Jackpot becoming the biggest lottery amount in history. The Powerball tickets were split in Chino Hills, California, Melbourne Beach, Florida, and Munford, Tennessee. The 3 lucky winners from the different states were John and Lisa Robinson, Maureen Smith and David Kaltschmidt, Marvin and Mae Acosta.

The winners had two options of receiving their prizes. The first option was a lump sum of $327.8 million before taxes or wait for the full amount paid as an annuity. The three ticket holders chose the former option to be paid the lump sum amount. As John Robinson opined, “We are not guaranteed tomorrow”, and they opted for the lump sum.

Maureen and Kaltschmidt also went for the lump sum and suggested having a good time and retire peacefully. It is worth noting that the couple did not make massive changes in their lifestyle and continued shopping at the public grocery store where Maureen originally found their lottery ticket.

The $1.537 Billion Mega Million Jackpots is still the biggest lottery amount ever awarded on a single ticket. The lottery holder from South Carolina has mysteriously remained anonymous to date and only identified as a “South Carolinian winner.” The anonymous winner was passing by Greenville from out of town and decided to take some scenic view in her free time on the KC mart store in Simpsonville. She saw a sign advertising the mega million lottery tickets and decided to purchase the ticket.

Like many other lottery winners, she opted to go for the lump sum amount of $877.7 million, the largest amount in U.S history by a single person. She initially remained on the low key before claiming her prize living a lot of public speculation as to why the winner hadn’t claimed her reward. Surprisingly she was researching how to remain anonymous and how to manage the sudden fortune. She made some donations of the amount to a charity including the Ronald McDonald House of Charity, City of Simpsonville Arts Centre, American Red cross in Alabama Region, and many other organizations.

This is the third biggest lottery sum in the U.S. fortunately on not, the State of Michigan doesn’t allow lottery winners to remain anonymous like the winner in South Carolina. To draw the lottery amount the single ticket had to match six numbers in the Powerball drawing. The winner identified as 24-year-old Manuel Franco noted that “it feels like a dream” while at a press conference. He never showed again to after his ticket won the lottery because he was nervous the previous day after receiving the information.

Before his life changed he had the only goal of getting his bank account to $1000 but this has since taken a different turn now that he is a mega-millionaire. Franco who hails from Milwaukee noted that he has been playing Powerball since his 18th birthday. Like most lottery winners he chose to go for a reduced lump sum amount which is slightly above $326 million after government taxes as per the lottery officials.

Mavis L Wanczyk a Chicopee Massachusetts resident on August 27, 2017, won the massive lottery ticket at the age of 53 and her life took a different turn since then. The 53-year mother of 2 adults quit her 32-year-old job at the Mercy Medical Centre. She received her lump sum amount of $336 million after taxes becoming the third-largest lottery amount by a single lottery ticket holder.

She bought her ticket from a pride station and store in Chicopee just four days before the final draw. The Powerball jackpot number was 4 which was informed to her by a firefighter friend known as Rob. Soon after her identity was declared, there were many strangers in her neighborhood prompting the police to come and keep watch. Her address is currently enormous.

Mary and Patricia Butler, a second ticket holder from Kansas (anonymous) and three anonymous winners from Maryland (identified as the “the three Amigos”) which allows lottery winners to remain anonymous became the largest lottery winners amounting to $656 million and split in three.

The mega-million jackpots were taken in Illinois, Kansas, and Maryland. Thousands of people flocked the stores to purchase tickets before the final draw at the end of March 2012. Three players matched all six of the six numbers needed to hit the jackpot. The three ticket holders received their lamp sum share amounting to $150 million after-tax which is a dream come true for any ticket holder. Mary and Patricia Butler from Illinois mentioned that “we are just everyday people who have worked hard our whole lives, who love our family, and our city and who pay taxes and try to keep up all the work that is involved in owning and maintaining our house” in a press conference.