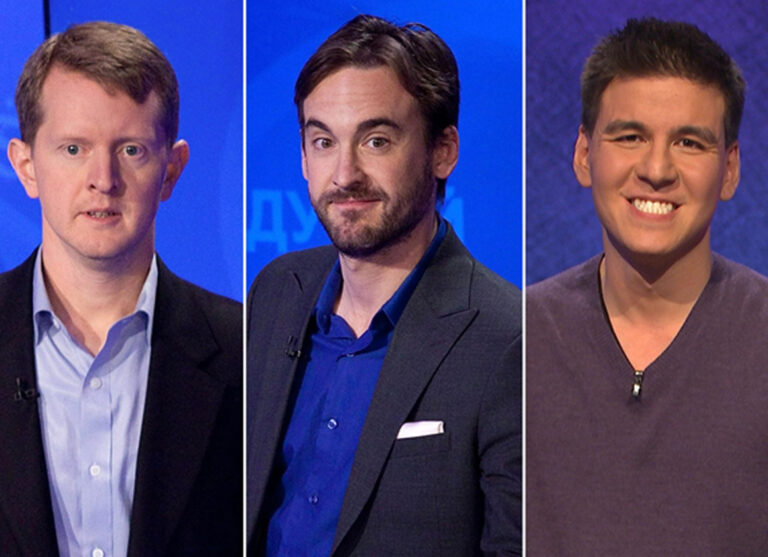 “Jeopardy! The Greatest of All Time” will be the first Jeopardy! competition to be aired on network television since super Jeopardy in 1990. It will bring together three of the greatest to ever grace the tournament since its inception in 1965. The goal is to determine the all-time crème-de la-crème of this tournament.

The most anticipated show will feature former champions Ken Jennings, Brad Rutter, and James Holzhauer competing for 1 million top prize and all-time champion respect for the show. The winner walks away in addition to the cash prize the title “Jeopardy! The Greatest of All Time (GOAT!)”, while the two runners-up will receive $250,000 each.

The debate as to who is the greatest Jeopardy contestant of all time is a question that lingers in many discussions among fans of the tournament. Fortunately, this debate will finally be determined next January in our lifetime as recently announced by the ABC network. What a time to be alive!

The long-time quiz game Jeopardy! will be a multi-night event aired in primetime on ABC network beginning on January 7, 2020. The show will be produced by Sony Pictures Television (Harry Friedman as the executive producer) and hosted by Alex Trebek. The show will also air on YES TV in Canada and two other partner stations which also carry the syndicate versions, NTV and CHECK.

The game will be played just like the previous tournaments with Jeopardy! followed by a double Jeopardy! then the final Jeopardy! only that this time the scores will be in points rather than in dollars. There will be a series of matches, each match consisting of two games. The contestants with the highest combined points in the two games will win the match and the first aspirant to win three matches will receive the $1 million grand prize and the title recognition.

The tournament will air on primetime as follows

As opined by the show’s host Alex Trebek, the three contestants are already the greatest. The only thing remaining is to find out who’s the best among the three.

Ken Jennings made his debut on the completion in 2004 and set two records that still stand to date. He has since remained a household name with a record of 74 games back-to-back wins which is the longest winning streak in Jeopardy! history. He only comes second after fellow competitor Brad Rutter with his wins totaling $3,372,700.

He also holds the record for the highest average correct responses in the game’s history. No other Jeopardy! contestant has passed the average of 30 responses in which Jennings has 35.9 in his earlier runs and 33.1 overall for all tournament and special competitions.

He opined that he agrees to partake in the competition out of respect for Alex Trebek and also because this might be his last time in the Jeopardy! completion.

Brad Rutter comes to the tournament with a record of the highest earnings in the history of Jeopardy! competition. His win streaks have earned him a total of $4,688.436. His debut on Jeopardy! tournament goes back to 2000 when the show doubled up its questions. During this time, contestants in the program retired after winning five consecutive wins.

Rutter qualified for the 2001 Tournament of Champions after a win in his preliminary run. In 2002 he was again invited for the special Million Dollar Masters Tournament in which he faced former Jeopardy! champion. He emerged the winner in this tournament and set a record as the first person in the competition’s history to win over $1 million.

He was once again invited to the 2005 Ultimate Tournament of Champions as a past champion in the competition. He went against previous champions Jerome Vered and Ken Jennings in which he emerged as the winner and the all-time American game show-winning trailblazer. The tournament earned him a $2 million cash prize as the winner.

His record also shows his win in the 2014 Battle of the Decade against Jennings and Rodger Craig which earned him $1000,000 and reclaiming his position at the top after defeating Jennings.

Brad Rutter comes to this tournament without a loss in the Jeopardy! tournament. His biggest competition has been Jennings who only won against him in an exhibition match that featured the duo going against Watson in the 2011 Jeopardy! The IBM Challenge.

James Holzhauer comes to Jeopady! Greatest of All-time tournament as a record holder for all the 15 of the top Single-Game-winnings in the tournament’s history. He has gurnard total winnings of $2,712,216 and he is the winner of the 2019 Tournament of Champions. He enters the competition as the third-highest earner in the history of Jeopardy! tournament after Rutter and Jennings.

He has managed to set new single-day records such as the only contestant to win $100,000 in one game and doing so in 6 games. His success has made him a fan’s favorite earning him the nickname Jeopardy James.