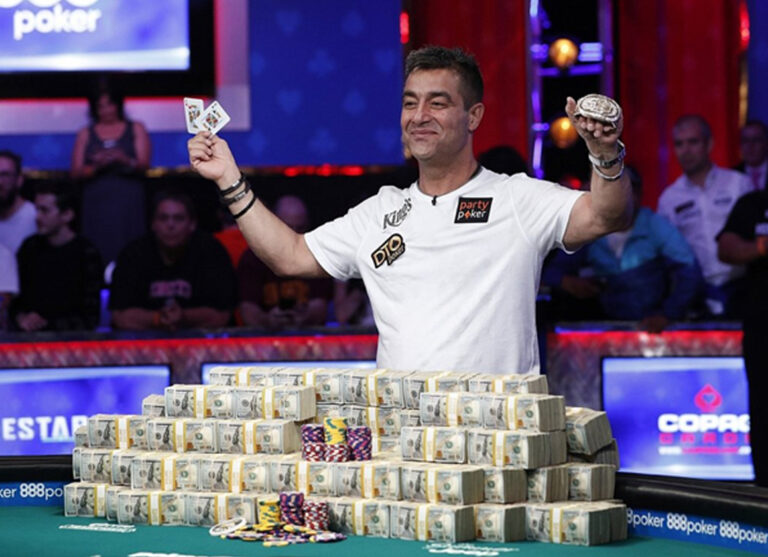 No doubt Poker has tiled itself as one of the biggest table games in the multimillion casino industry. Over the last couple of decades, poker tournaments have been organized in different parts of the world attracting thousands of participants and top Poker players. All these big poker tournaments pay big and offer a great experience to players hence the huge interest. The stakes are high with most poker tournaments only accepting not less than a $10,000 buy-in amount but offer the winner a huge chunk of money of not less than $1,000,000.

Winning these tournaments takes years of experience and knowledge to master the game and by just winning these games one becomes a special figure in the poker industry.

What makes poker tournaments so special is the fact that it offers participants a once in a lifetime opportunity, playing with thousands of players with a chance to win top dollar figures. All these poker tournaments take place in the world’s biggest and most popular locations like Las Vegas, Atlantic City, or Macau. These poker locations offer players a serein and cool environment to have the time of their life. To add the icing on the cake, the prize money is not less than a million dollars making them mind-blowing. Here are the biggest poker tournaments in the World.

The WSOP is an annual poker tournament held in Las Vegas, Nevada, and is sponsored by Caesars Entertainment. The poker tournament goes way back to 1970 with humble beginnings of only 7 players participating in the game. The tournament was only for invites with participants big only known poker players at the time. The winner was determined by a secret ballot. Since then the WSOP has attracted 8000 participants over a couple of days during the series in June and July.

The WCOOP is an online poker tournament sponsored by PokerStars played on its website in September since 2002. The goal of PokerStars was to establish an online equivalent of WSOP and has managed to do so because it is the largest online of its kind. Just like the WSOP tradition, WCOOP has kept up with the tradition of holding a series of tournaments with players competing in various events. Some of the games featured in the series include 2-7 Triple Draw, Pot Limit Omaha High and Limit Omaha H/Lo, H.O.R.S.E, Pot Limit and No-Limit Texas Hold’em and Razz among others. The main event is however NO Limit Hold’em.

Traditionally the winner received in addition to the cash price a personally engraved 14 karat bracelet from PokerStars. But since 2015 the bracelet has been discontinued to save on costs. The biggest ever WCOOP event to date is the 2005 15 tournaments which gurnard a total pool prize of $12,783,900 and the third largest tournament series in the world.

The Triton Super High Roller Series was started in 2015 by Malaysian Businessman and amateur porker player Richard Yong. The tournament is played 3 times a year in different locations in the world with buy-ins of at least $10,000. Some of the locations to host the tournament include Manila, Macau, Budva, and London which held the Triton Million for Charity.

The main events focused on Triton Series are No-Limit Hold’em Texas and Short Deck poker variants. Short-Deck first appeared in Asia’s high stake cash games after regulars removed the 2s, 3s, 4s, and 5s to increase its chances of included in the premium hands. In 2019 the series gave away a pool prize of $65.66 million and the winner receiving $23 million with a buy-in amount of $25,000 solidifying its position as a top porker event in the world. The tournaments are streamed live on Twitch.

The One for the Drop is also a top porker tournament hosted and organized annually by WSOP. The buy-in $1,000,000 with the No-Limit Texas Hold’em as the main variant played. It is the biggest buy-in poker tournament and also has the largest payout prize offered in the history of a porker. The tournament usually attracts a prize pool of up to $40 million with a payout cash prize of $10,000,000 to the winner.

The tournament is also acclaimed for its charitable contribution as 111,111 euros from each player is contributed to the One Drop Foundation a non-profit organization that is focused on water initiatives around the world. The tournament has attracted big porker professionals including Dan Colman, Daniel Negreanu, Scott Seiver, and Christoph Vogelsam among others.

The WPT was started in 2002 and an internationally televised and entertainment brand. It has hosted several international series of poker tournaments and associated television series and broadcasting playdown and the final table of each tournament. The most popular world tour event is the WPT main tour. It focuses on the buy-in of at least $3,500 up to $25,000 with winners being provided with membership awards of the WPT Championship Club. The winner takes the WPT Championship Cup with his or her names engraved in the trophy.

The WPT also has a club membership launched in 2008 called the ClubWPT. Members who subscribe to the monthly ClubWPT fee play tournaments which award up to $100,000 in cash prize each month. The WPT also has an online casino called PlayWPT that offers poker available on computers and mobile phones.